The entrants’ permits for next season’s British Touring Car Championship have been revealed, with 30 issued for the 30-race contest.

The only significant change from the 2020 line-up is the addition of a third car under the BTC Racing banner.

The team ran Josh Cook to three race wins and fourth in the points this term alongside Chris Smiley.

BTC Racing, which is run by Steve Dudman and Bert Taylor, has purchased the Mercedes-Benz A-Class and a licence from BMR Racing.

Taylor said that the team was in the process of finalising its plans for 2020.

He added it was unlikely that it would use the ex-Aiden Moffat Mercedes, which will be utilised for its RML control parts, but that the licence will enable the squad to grow.

“We had a lot of interest in the team about running with us in 2020, and we wanted to expand,” said Taylor.

“We looked at moving into Europe, or even running in GT racing, but there is nowhere like the BTCC, and that is where we want to be.

“We have some very exciting plans in the pipeline, and there are a huge number of discussions going on at the moment about exactly what we will be up to in terms of cars and drivers in 2020.

“There is a lot happening at BTC Racing.” 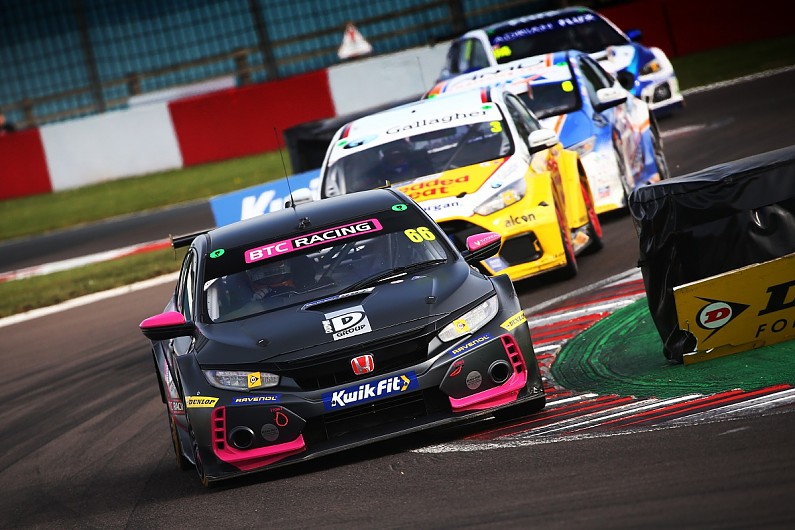 Teams are required to hold a TOCA BTCC Licence (TBL) to guarantee a spot on the grid and, in turn, it requires commitments from the teams including presence at every round of the competition.

Every transaction between teams on changing or swapping TBLs has to be approved by BTCC bosses.

There are a further two licences retained by TOCA for its use.

In keeping with its previously stated objective of reducing the size of the BTCC grid, TOCA has again chosen not to allocate its two TBLs to additional entrants.

The final entry list, including drivers, will be issued by BTCC bosses in March next year.