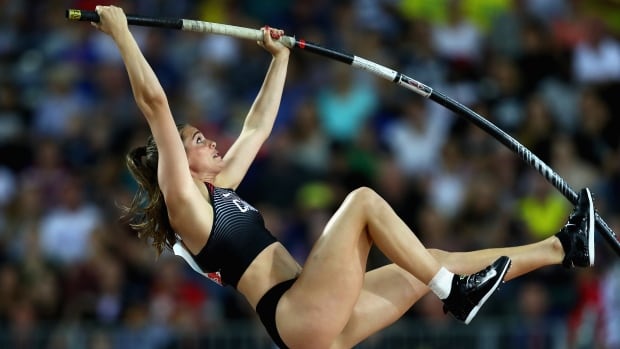 Misdemeanour charges have been dropped against a Pittsburgh Steelers backup linebacker who had been accused of injuring his girlfriend, Canadian Olympic pole vaulter Alysha Newman, during a fight in their western Pennsylvania hotel room this month.

Anthony Chickillo had been charged with simple assault, criminal mischief and harassment after the Oct. 20 fight at Nemacolin Woodlands Resort.

Newman said on social media Wednesday that she had decided to withdraw charges.

“Me withdrawing charges does not mean I take domestic violence lightly,” she said. “There were no payoffs, no behind the scene deals, there has been no contact between Anthony and I since the night of the incident,” Newman said on social media. “I do not condone domestic violence from males or females because it is not right and I will forever stand behind that.

“This incident does not define who I am, I choose to move forward, to focus on me and the next 10 months preparing for the Olympic Games. Part of my choice also means allowing myself to heal, to forgive and grow stronger. Thank you everyone for your support over the last two weeks.”

Neither side moving forward with charges

ESPN and the Pittsburgh Post-Gazette said Newman was facing a misdemeanour charge from the incident.

“The two individuals involved have indicated that they obviously do not want to go forward, that they wish the best for each other,” Fayetteville County District Attorney Richard Bower told reporters outside a Uniontown courtroom. “Additionally, they’ve indicated to me that they have both forgiven each other for what has happened.”

Police said the pair got into an argument over table games at Lady Luck Casino that later became physical in their hotel room.

Newman, 25, from London, Ont., is coming off a Diamond League season that saw her set a new Canadian record of 4.82 metres en route to a gold medal at an Aug. 24 meet in Paris.

Chickillo, a 26-year-old Tampa, Fla., resident, has been with the Steelers for five years. He has one tackle and half a sack in three games this season, playing primarily on special teams.

'We are not your mascot': Hundreds protest Washington NFL team name in Minneapolis