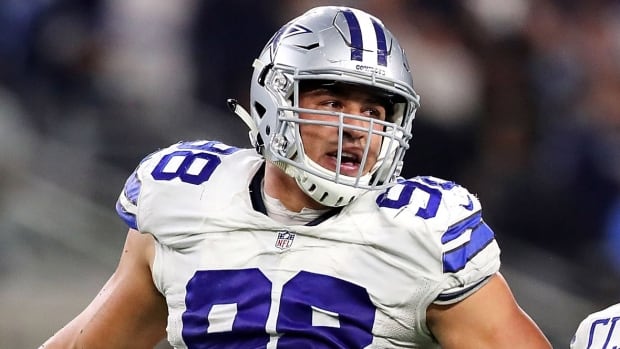 Dallas Cowboys defensive end Tyrone Crawford is set to undergo season-ending hip surgery for an injury that bothered him through the off-season.

The native of Windsor, Ont., who will go to injured reserve, tried to play through the issue, believed to be hip bursitis, early this season. The eighth-year pro was active for the first two games and had his only sack in Week 2 at Washington.

After missing two games, Crawford played against Green Bay and the New York Jets. Crawford was in for 23 snaps against the Packers and 19 against the Jets. In four contests this season, had three tackles, two tackles for a loss and a quarterback hurry.

It will be the second time Crawford has missed most or all of a season. He tore an Achilles tendon during training camp in 2013 and missed that year.

Crawford, who turns 30 next month and is signed through 2020, was bothered by bursitis in his hips late last season and was sidelined for training camp this summer for rehab.

Dallas drafted the six-foot-four, 285-pound Crawford in the third round (81st overall) in 2012 out of Boise State University in Idaho.

Off the field, Crawford is awaiting word on a potential fine or suspension from the NFL about his role in a bar altercation this past spring in Florida.

According to court records, he reportedly faces a misdemeanor charge for his alleged part in a bar brawl in March when he was accused of throwing a punch at an individual and instigating a fight at Coyote Ugly in Panama City Beach.

Crawford agreed to enter a diversion program to resolve the criminal charges before training camp opened in late July.

Charges would be dropped should he complete the program and stay out of trouble for six months.