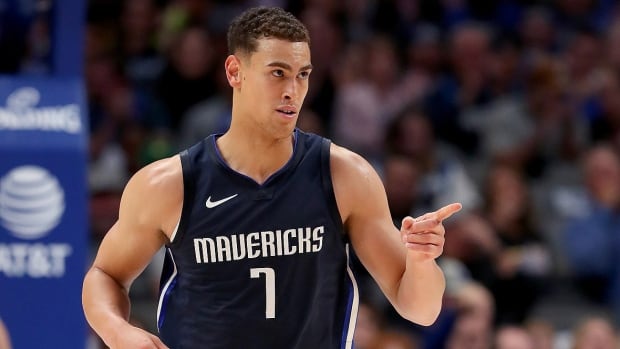 Dwight Powell is ready to play for Canada on home soil.

The Dallas Mavericks forward indicated on Saturday that he would play for Canada when Victoria hosts an Olympic qualifying tournament in June. Canada missed out on qualifying in China in September in part because only two NBAers — Sacramento’s Cory Joseph and Orlando’s Khem Birch — suited up for the national team.

“I’m excited to finally do what I’ve been thinking about for a long while. Having games in your home country is huge,” said Powell, who is from Toronto. “At the end, we all want to compete in the Olympics. It’s an opportunity to compete at the highest level and to help your country compete and have success.”

As the host country, Japan automatically qualified for the 2020 Games. Seven countries qualified for Tokyo at the FIBA World Cup in China, but missing most of its stars, the Canadian team finished 21st there.

There were 16 Canadians on opening-day rosters in the NBA this season — second only to the United States — but getting them to play international events has always been a challenge.

“There were a lot of factors in play,” said Powell of the FIBA World Cup. “A lot of players said they were not going.”

When Victoria was announced as one of four host sites for Olympic qualifying tournaments on Friday, guard-forward Dillon Brooks, from Mississauga, Ont., said he planned on being there.

Canada’s head coach Nick Nurse also spoke on Saturday about the benefits of playing at home in the Tokyo Games qualifying tournament.

“I think that the home court helps. I’m not sure in that kind of competition it’s like the end-all and be-all, but it certainly helps,” said Nurse. “We hope that it gets our guys to play, right?

They can stay home and they can get ready to play and they get a shot to go to the Olympics. And if we get our guys playing, then we have a really good chance, not all of them but a majority of them.”

Powell said that he and Nurse had spoken about the possibility of him playing for Canada at the start of the NBA season, but since then they had been focused on their respective teams’ campaigns.