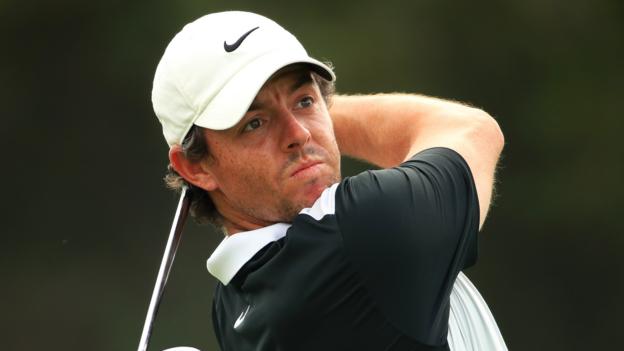 Rory McIlroy will “look back at 2019 very fondly” despite failing to end his search for a first major since 2014.

The world number two, 30, won the Players Championship, Canadian Open, FedEx Cup and WGC-HSBC Champions and was the PGA Tour’s Player of the Year.

He said 2019 has been one of his most consistent years, after finishing with a fourth in the Tour Championship.

“It’s been a learning year. I’ve learnt some things I want to take forward into next year,” the Northern Irishman said.

“There’s been a lot of good golf played, probably some of my most consistent golf – and I’ve got four wins.”

McIlroy’s bid to match his career-best five titles in a calendar year fell short after shooting a final round of 73 at the DP World Tour Championship in Dubai.

The Ryder Cup player – whose last of his four majors came at the US PGA Championship in 2014 – says he is now ready to recharge his batteries over the winter break.

“First and foremost, I’m looking forward to a couple of months off, reflecting on everything and getting myself ready for next year,” he added.

“I’ll try not to touch my clubs for the rest of the year to try and take a nice four or five-week break from them.

“Then in the New Year I’ll start getting ready again before playing in the last week of January.

“I’ll spend time with my family. I’m going to go back home for Christmas for the first time in a couple of years, which will be nice.

“I really just try to get away from it. I’ll maybe do a bit of gym work, enjoy the sun in Florida for a few weeks before I enjoy Christmas time at home.”