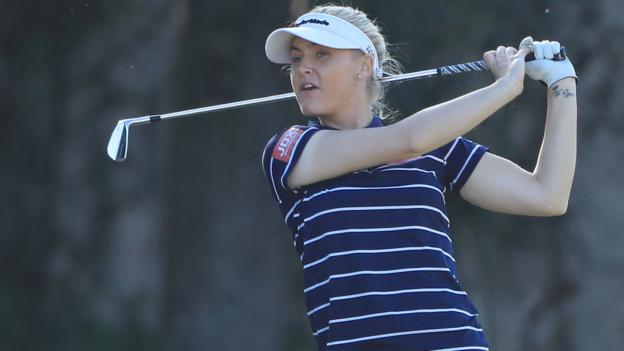 England’s Charley Hull has moved into contention at the LPGA’s season-ending Tour Championship as she carded a six-under-par 66 to sit five shots behind leader Kim Sei-young.

Hull, the 2016 champion, carded five birdies on the back nine in Florida to move into fourth place on 11 under.

South Korean Kim shot a bogey-free 68 to sit on 16 under, with American Nelly Korda a shot back after her 66.

Germany’s Caroline Mason is third on 12 under after the third round.

World number one Ko Jin-young is tied for fifth on 10 under.

England’s Bronte Law is one of seven players on nine under after carding a 68, with compatriot Georgia Hall two shots back.