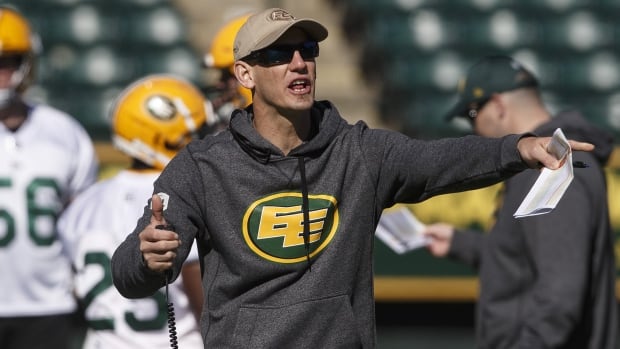 The Saskatchewan Roughriders have hired Jason Maas as the new offensive co-ordinator. Maas has signed a contract through the 2021 season.

Maas was the head coach of the Edmonton Eskimos for the past four years. He was fired on Nov. 27 after an 8-10 season in 2019. Under Maas, the Eskimos made three finals during playoffs.

Maas was a CFL quarterback for 11 seasons. Before coaching in Edmonton, he worked as the offensive co-ordinator of the Ottawa Redblacks, and coached receivers and quarterbacks for the Toronto Argonauts.

The Roughriders also extended defensive co-ordinator Jason Shivers’ contract through the 2021 season. The Roughriders said in a release that under Shivers, their defence allowed the fewest offensive touchdowns, the fewest yards of net offence and the most sacks at 56.