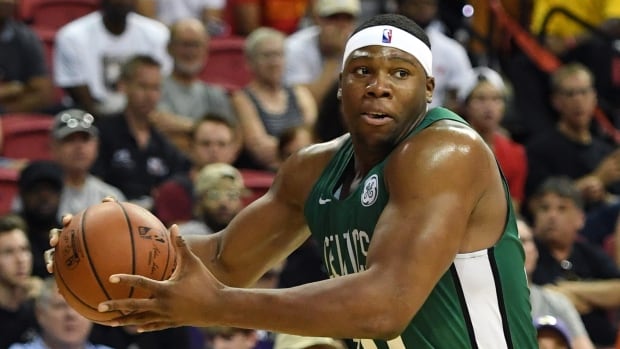 China’s professional basketball association fined one of its foreign players on Monday for not paying sufficient attention during the pre-game playing of the country’s national anthem.

Nanjing Monkey Kings forward Guerschon Yabusele was given a warning and fined 10,000 yuan ($1,421 US) by the CBA for his infraction.

Footage distributed online showed the French native with his head bowed while his Chinese and foreign teammates directed their gaze at the Chinese flag prior to the Dec. 6 game against Zhejiang. Yabusele signed with the Monkey Kings in the eastern city formerly known as Nanking in August after a stint with the Boston Celtics and the Maine Red Claws of the NBA Development League.

The incident underscores China’s extreme sensitivity over respect for national images. Legislation has been enacted in recent years to regulate where and how the flag, seal of state and national anthem can be employed, with violators subject to fines and even detention.

Booing of the Chinese anthem at soccer matches in Hong Kong has continued despite legal threats, underscoring the deep animosity many in the semi-autonomous Chinese city feel toward the central government in Beijing.