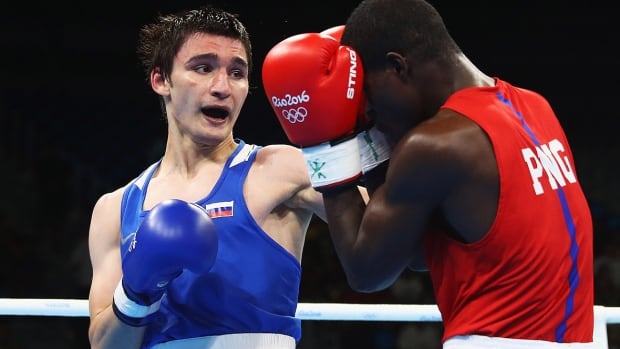 Russian boxers will only take part in the Tokyo Olympics next summer if doping sanctions forcing them to compete as neutral athletes are overturned, the general secretary of the Russian Boxing Federation told The Associated Press on Wednesday.

Umar Kremlev said he has spoken with the Olympic boxing team and they “unanimously” rejected the conditions laid out by the World Anti-Doping Agency as punishment for manipulating doping data.

The WADA sanctions, announced on Monday, ban the use of the Russian team name, flag or anthem at a range of major sports competitions over the next four years, including next year’s Olympics.

“They said we won’t go without our flag and anthem,” Kremlev said. “We aren’t going for medals, but for that feeling that I brought the highest honour home for my country.”

WADA president Craig Reedie points to Russian belligerence in cleaning up its approach to sport. 0:34
Separately, the speaker of Russia’s upper house of parliament said Russia could create an alternative to the Olympics.

“This ruling show the clear crisis in international sports institutions. I believe that Russia could host its own games at home,” Valentina Matvienko said in comments reported by the Interfax news agency.

Braves’ Nick Markakis: Everyone on cheating Astros ‘deserves a beating’