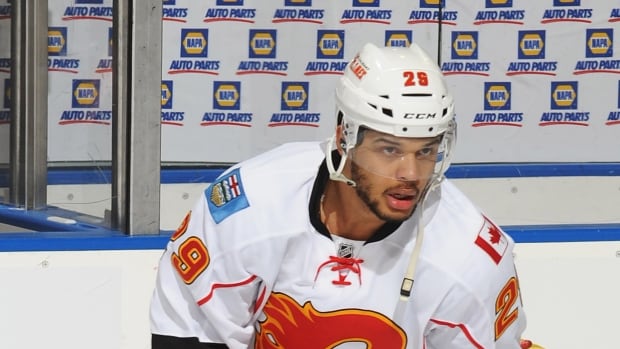 Former NHL player Akim Aliu, whose description of past alleged racist behaviour by Bill Peters led to the former NHL coach resigning from the Calgary Flames, has signed a contract for the rest of the 2019-20 season with HC Litvinov of the Czech Extraliga.

The Czech team confirmed the move on its website Tuesday.

Aliu, who is of Nigerian and Ukrainian descent, had posted on Twitter in November that Peters used a racial slur towards him several times during the 2009-10 season while the two were with the Chicago Blackhawks’ top minor league affiliate in Rockford, Ill.

Peters resigned on Nov. 29 after an investigation by the team. He apologized to the Flames and general manager Brad Treliving for using “offensive language” in Rockford two days before his resignation.

Canucks’ Brock Boeser to be sidelined 8 weeks with rib injury

Canadiens get Shea Weber, Paul Byron back in lineup against Red Wings