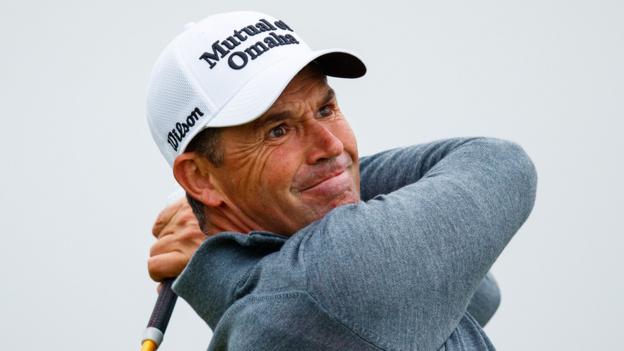 Europe’s Ryder Cup captain Padraig Harrington insists a report of the tournament being postponed until 2021 is “made-up stuff”.

Media reports suggested the tournament would move because of the coronavirus outbreak and calendar congestion.

This year’s match is due to take place from 25-27 September at Whistling Straits in Wisconsin.

“September is a long way off so there’s no change to the situation at all at this stage,” Harrington told Today FM.

Europe are hoping to retain the cup later this year after an emphatic 17½-10½ victory over the United States at Le Golf National in Paris in 2018.

Following media reports, both teams released a short statement on Twitter which described claims of a postponement as “inaccurate”.

“I know there’s been some rumours and they had to put out a statement to say there’s been no change, but there’s definitely no change,” added Harrington.

The golfing calendar has been ravaged by the coronavirus outbreak. After cancelling last week’s Players Championship, Augusta National postponed the Masters before the PGA Tour cleared its tournament schedule up until 10 May, with the PGA Championship also being put on hold.

Three-time major winner Harrington added: “There was a big announcement [on Tuesday] by the PGA Tour about events being cancelled until May and now the PGA Championship has been postponed as well, so that’s as far as they’ve got – until the middle of the May is where they’ve taken steps to.”

Irish Open may be behind closed doors – McGinley

Coronavirus: World Invitational tournament will not take place in 2020

Coronavirus: LPGA Tour on hold until majority can play

The Open 2020: Organisers considering postponing event due to coronavirus

Irish Open may be behind closed doors – McGinley